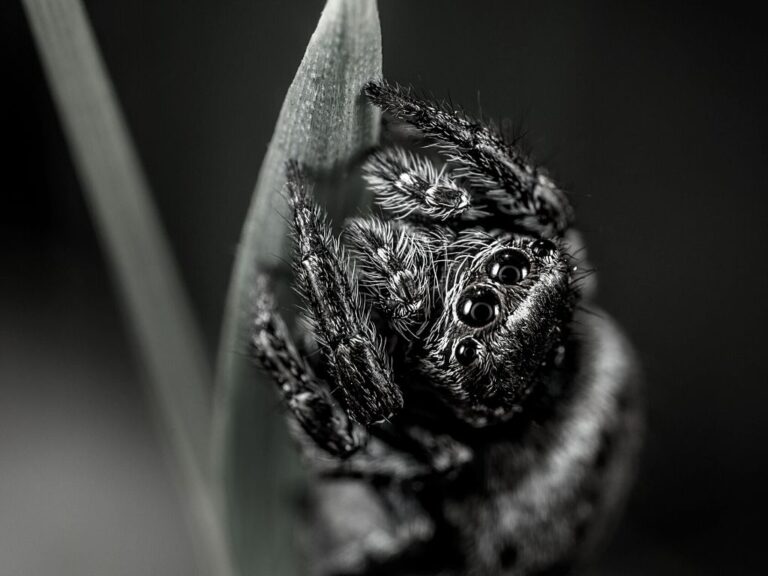 Is A Jumping Spider Poisonous – Do You Need To Fear?

The jumping spider is an intelligent species of spider that gets its common name from its jumping ability. And unlike most spiders that use their webs for hunting, jumping spiders predominantly use their impeccable jumping skills to stalk and hunt their prey.

Also, our furry friends belong to the Family Salticidae.

While there are over 4,000 known species of jumping spiders worldwide, nearly 300 species occur in Canada and the United States, including famous jumping spiders like the Zebra spider and Salticicus scennicus.

Now, the million-dollar question is, are jumping spiders poisonous? Well, read on as we have put together everything you need to know regarding jumping spider bites and their potent venom.

But before then, let us show you what our spider friends look like, just in case you haven’t come across one before.

Our furry friends are sometimes mistaken for black widow spiders, and that’s because of their compact black bodies, coupled with their relatively short legs. That said, jumping spiders can also be tan, brown, or gray in color. You may also notice some jumping spider species with white, gray, red, yellow, green, or blue markings.

In terms of size, adult jumping spiders can measure between 4 to 18 mm, depending on their species. More so, most jumping spiders are covered in scales or dense hair that are iridescent or brightly colored. Unlike most spiders, jumping spiders have front legs that are thicker and a little longer than their other legs.

Thanks to their extraordinary vision, our leaper friends can detect movement from almost 18 mm away. That said, their night vision isn’t all that great.

Although our leaper friends rarely bite, when they do, it may result in itching, redness, stinging, and swelling. While our spider friends are largely friendly and will maintain their calm, they will bite when they feel threatened or handled roughly.

If you suspect that a jumping spider may have bitten you, the right thing to do is clean the bite site with soap and water. Also, you can apply a cold compress over the bite location to relieve symptoms.

If symptoms continue to worsen after 24 hours, it’s important you seek prompt medical attention. And if possible, you can go along with the spider for proper identification and treatment.

While our leaper friends may appear calm and collected, they have potent venom that can instantly incapacitate their prey. Thankfully, their venom isn’t harmful to humans.

Our furry friends are generally friendly to humans and will not bite unless they feel threatened. And even though they will viciously attack their prey, these cute jumpers tend to shy away when they encounter humans.

What happens if a jumping spider bites you?

Although our leaper friends are not harmful to humans, they are not scared to bite when they feel threatened. And when they do, you may experience mild or slightly localized pain, followed by itching and mild swelling.

Can a jumping spider bite kill you?